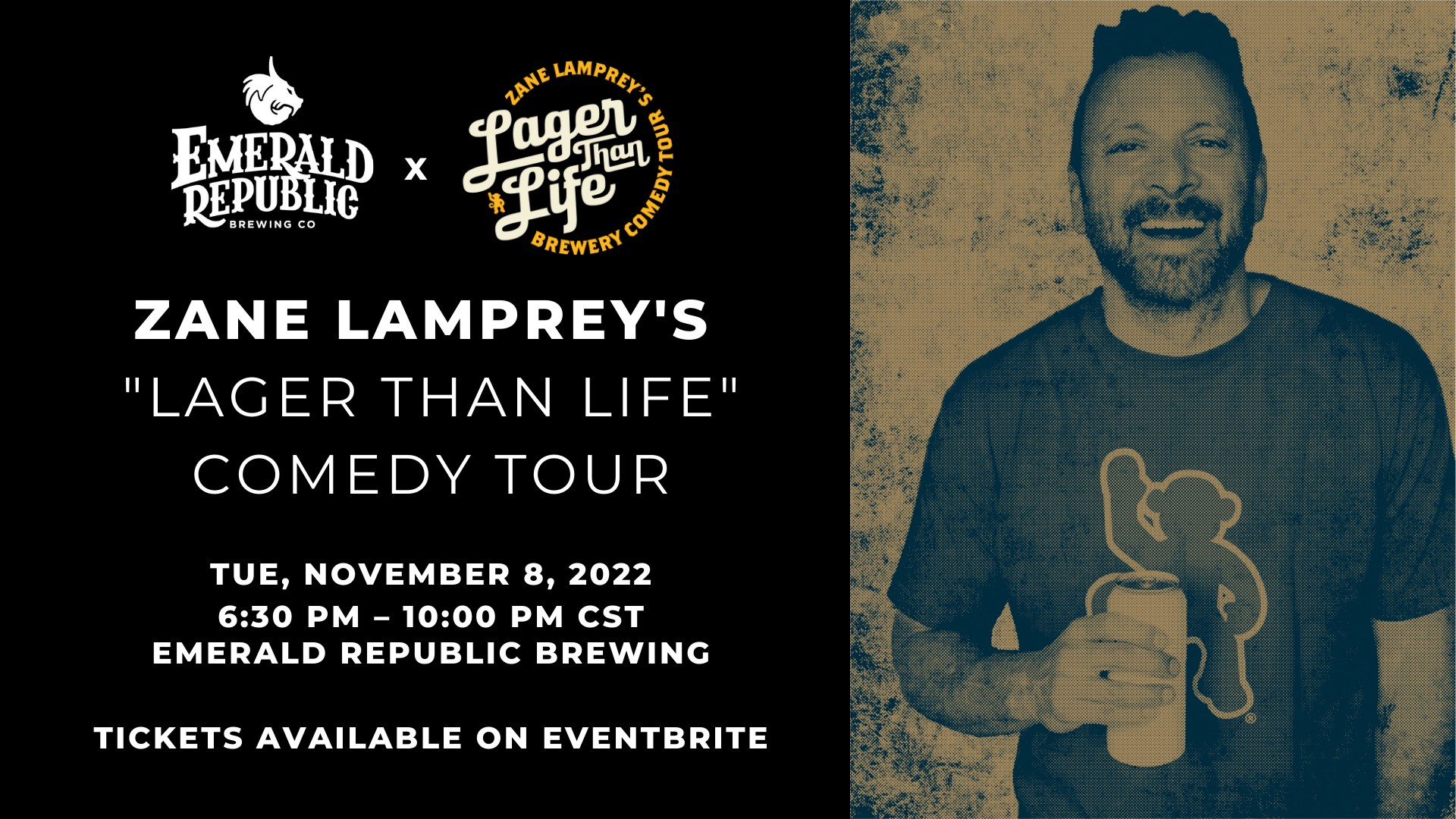 Join comedian and world traveler Zane Lamprey (Three Sheets, Drinking Made Easy, Chug, Have Fork Will Travel) at Emerald Republic on November 8th as he shares some of the most outrageous stories from traversing the globe and drinking for a living! Zane is one of the funniest comedians touring the country and is a master storyteller. Don’t miss this incredible night!
____
Zane Lamprey, award-winning travel show host and comedian, performs his new stand-up comedy show Lager than Life, based on his experiences while shooting Three Sheets and Drinking Made Easy. Known for being the guy who get’s paid to travel around the world and drink, Zane has found himself in many awkward situations, which he’d love to tell you about! Join us for a night of comedy and delicious craft beer.
This event is strictly 21+
If this event is cancelled, tickets will automatically be applied toward a rescheduled performance. Unfortunately, refunds can not be given after seven days of purchase, or within 30 days of the event.
____
Tickets are available on Eventbrite via the link in the event post above.