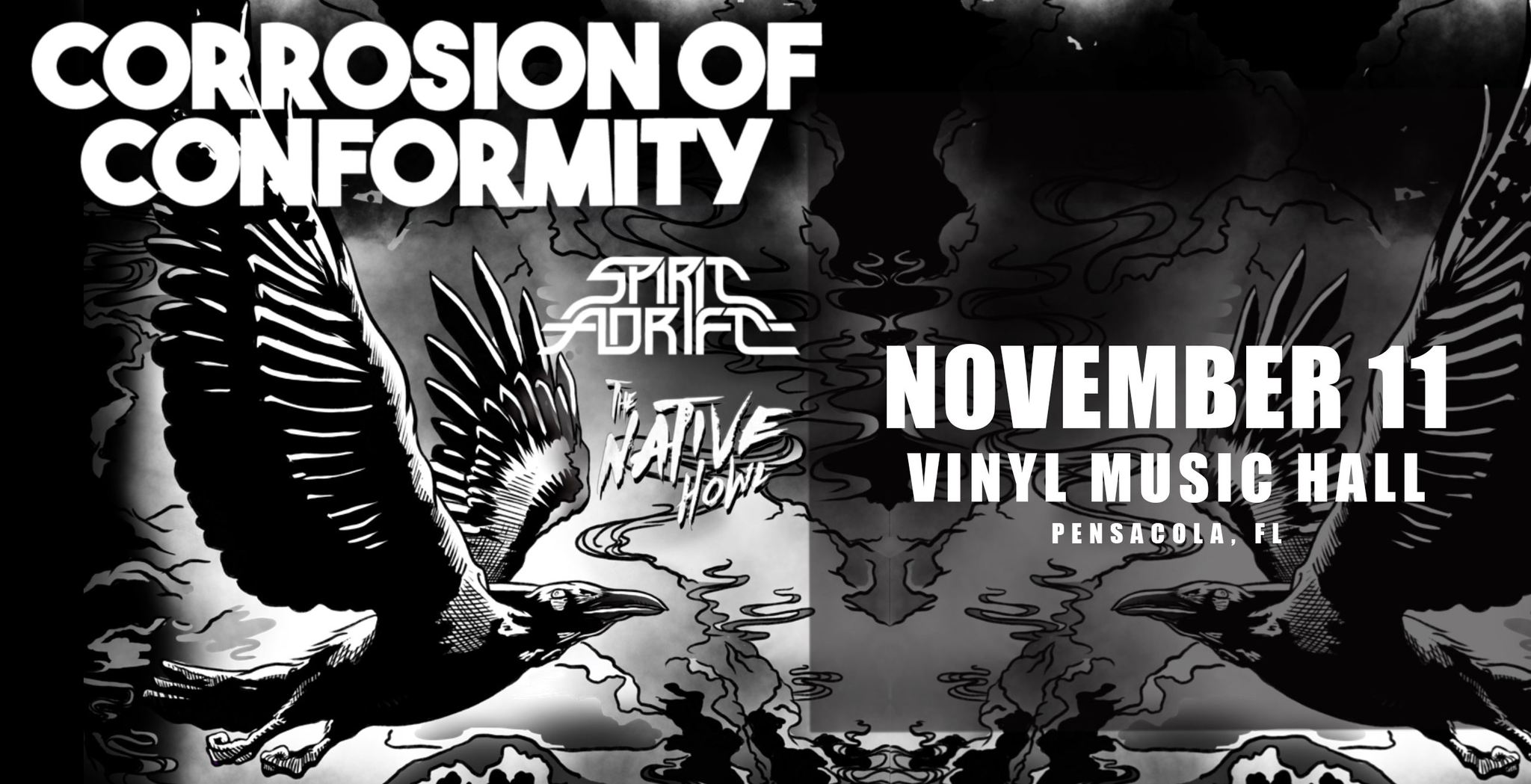 Corrosion of Conformity with special guests Spirit Adrift, The Native Howl at Vinyl Music Hall
Friday, Nov 11
Doors at 7pm
Show at 8pm
Originally one of the many hardcore punk bands that dotted the map of the United States in the early 1980s, North Carolina’s Corrosion of Conformity integrated elements of heavy metal–namely its power and virtuosity–to help give rise to the subgenre known as thrash metal. By the mid 1990s, C.O.C. had developed into a full-on heavy-metal act with crossover appeal, while their sly use of Southern Rock tropes helped set them apart from other metal acts. Although many would argue that the group’s heyday had passed by the turn of the century, C.O.C. continued to record and perform, and maintained a healthy fan base.
Vinyl Music Hall Policies
General Admission * Standing Room Only * All Ages * Additional $5 Cash Surcharge At The Door For Under 21 * Attendees Under 16 Must Be Accompanied By A Ticketed, Adult Guardian * Lineups and times are subject to change * Any ticket suspected of being purchased for the sole purpose of reselling can be canceled at the discretion of Vinyl Music Hall and/or SeeTickets * No refunds – No exceptions * No re-entry.