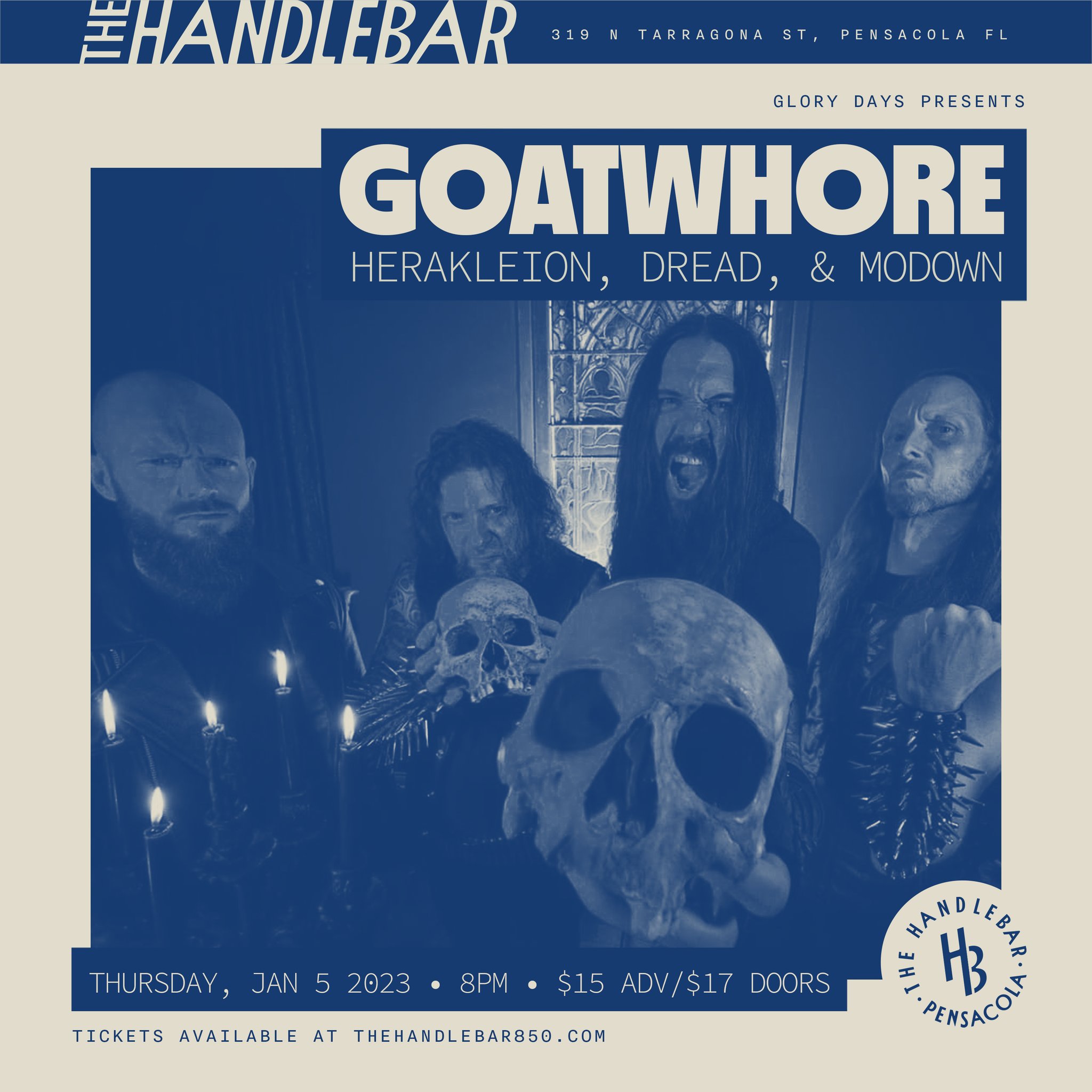 “Goatwhore declared war on heaven in the year 2000, and the fight rages onward. Over the past couple decades, the band toured relentlessly and spit out a steady stream of quality releases–and somewhere along the way Goatwhore became an extreme metal institution. Fronted by a charismatic pair of metal lifers in vocalist Ben Falgoust (Soilent Green) and guitarist and occasional singer Sammy Duet (the essential Acid Bath), the New Orleans outfit locked into a feral, frothing hybrid of black metal, death, and thrash on third platter A Haunting Curse. They’ve been roaring along in that vein for five albums now, with eighth record Angels Hung From the Arches of Heaven slated to drop October 7th. Goatwhore’s effortless fusion of genres is more original than it gets credit for being, and the band has yet to put out a bad album.” – AMG