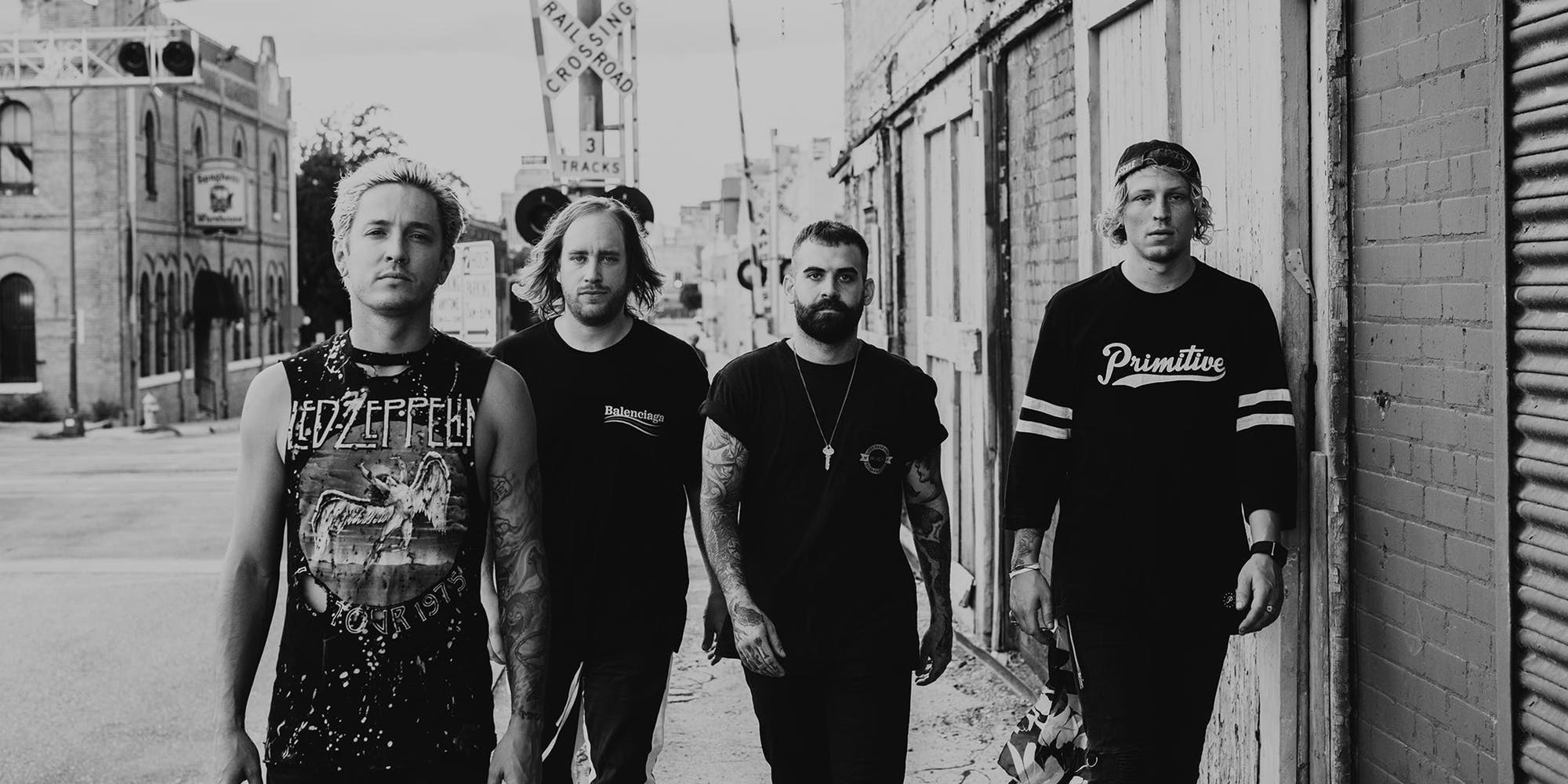 The Word Alive are a metalcore band based out of Phoenix, Arizona General Admission * Standing Room Only * If Any Seating Is Available, It Will Be On A Strictly First Come-First Serve Basis * All Ages * Additional $5 Cash Surcharge At The Door For Under 21 * Attendees Under 16 Must Be Accompanied By A Ticketed, Adult Guardian
Formed in 2008, The Word Alive are a metalcore band based out of Phoenix, Arizona. Originally founded by singer Craig Mabbitt and guitarists Zack Hansen and Tony Pizzuti, the band served as a side project for Mabbitt, who joined Escape the Fate around the same time. Filling out their membership with bassist Nick Urlacher, drummer Tony Aguilera, and keyboardist Dusty Riach, the band began to develop a sound, though their progress was stunted by Mabbitt’s rigorous touring schedule, causing the band to bring in vocalist Tyler Smith to replace him. With Smith in place, things began to move quickly for the Word Alive, who signed on with Fearless Records, which released their Empire EP in 2009. After hitting the road, the Word Alive released their full-length debut, Deceiver, in 2010, a year that would also see them parting ways with Aguilera and Urlacher, who were replaced by bassist Daniel Shapiro and drummer Justin Salinas (though his time with the band would be short-lived, with drummer Luke Holland stepping in to replace him just two years later when Salinas grew tired of life on the road). A second album, the darker and heavier Life Cycles, followed in 2012. The Word Alive continued to mature their sound, returning in 2014 with Real, an album that found the band developing a more nuanced and atmospheric take on the genre. 2015 saw the band continuing a grueling tour schedule that included international appearances in Hong Kong, Bangkok, and the Philippines. In November of that year, their dedication to fans was tested when vocalist Smith broke his back and several ribs during a stage-diving incident and still insisted on honoring every remaining date on the tour. Just a few months later, the Word Alive announced the release of their fourth LP. Dark Matter arrived in March 2016. Later that year, Holland parted ways with the band and was replaced by Matt Horn. Shapiro was the next to go, later replaced by Ryan Daminson. The quintet issued singles “Misery” and “Red Clouds” before the arrival of their fifth set, 2018’s Violent Noise. ~ Gregory Heaney
https://www.wearethewordalive.com/?fbclid=IwAR1jNqW9HYEaaducyAKfY1I0Xs-aDWoUBtX9PXAU5Batec2FhiQQzUE9c_k