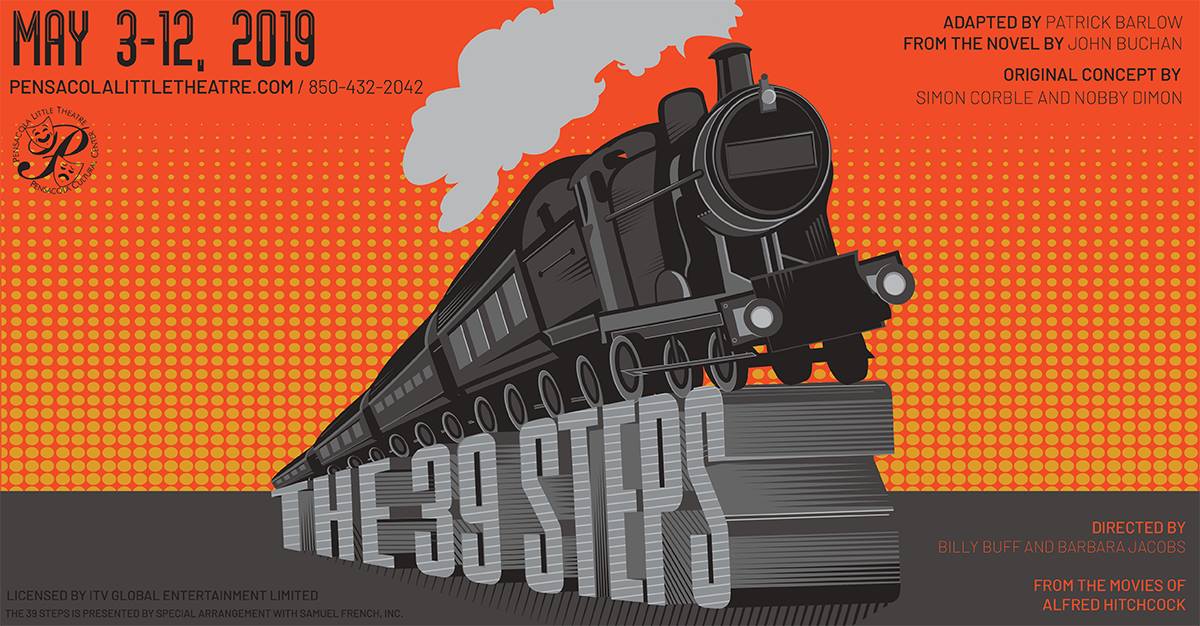 Pensacola Little theatre proudly presents The 39 Steps, a hilarious parody of the classic Alfred Hitchcock film with the same name. Directed by Billy Buff and Barbara Jacobs, The 39 Steps is sure to be a thrilling, riotous, and comical experience audiences will not soon forget!

Filled with spies, femme fatales, cross-dressers, & plane crashes, The 39 Steps finds an ordinary Canadian, Robert Hannay, thrust into an assassination plot by a beautiful double-agent with a thick German accent. What follows is an epic adventure of hilarious proportions. Watch as four fearless actors tackle over 130 characters in this riotous award-winning comedy/thriller.