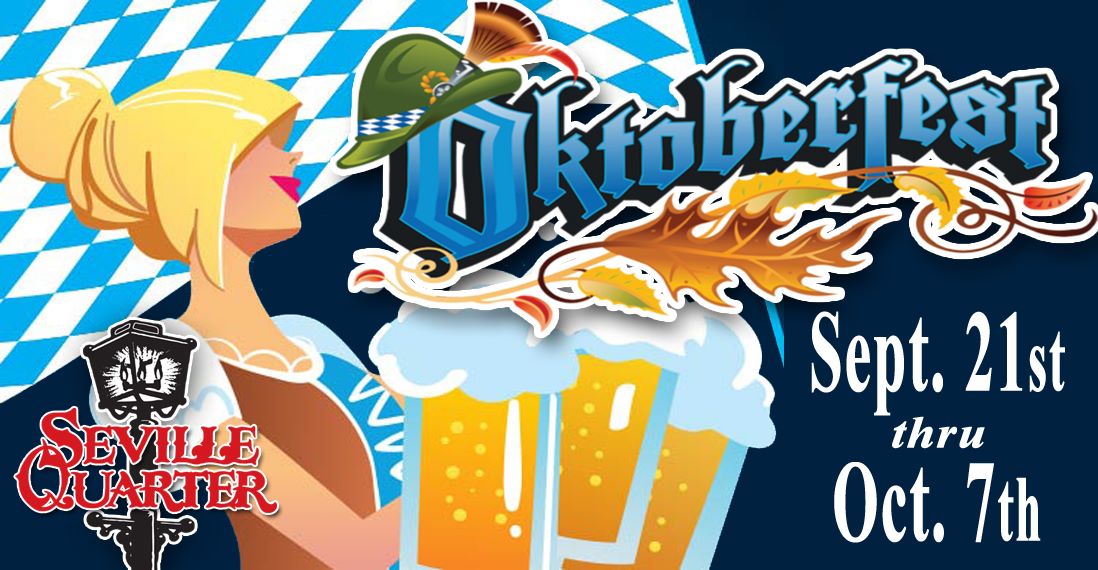 Seville Quarter’s Oktoberfest Celebration will be held from September 21st – October 7th in End O’the Alley Courtyard. We will feature a wide variety of great, cold craft beers. Look for drink specials throughout the complex during this time of celebration. “Ein Prosit!!” (A toast to you!)

Oktoberfest festival is held annually in Munich, Bavaria, Germany. It is one of the most famous events in Germany and is the world’s largest fair, with more than 5 million people attending every year. Oktoberfest is an important part of Bavarian culture, having been held since 1810. Cities across the world love celebrating the German festivities, dancing, giant beer stein drinking, yodeling, chicken dancing, lederhosen wearing, bratwurst eating Oktoberfest! Ein Prosit!! (A toast to you!)