HK at The Sandshaker Fri/Sat 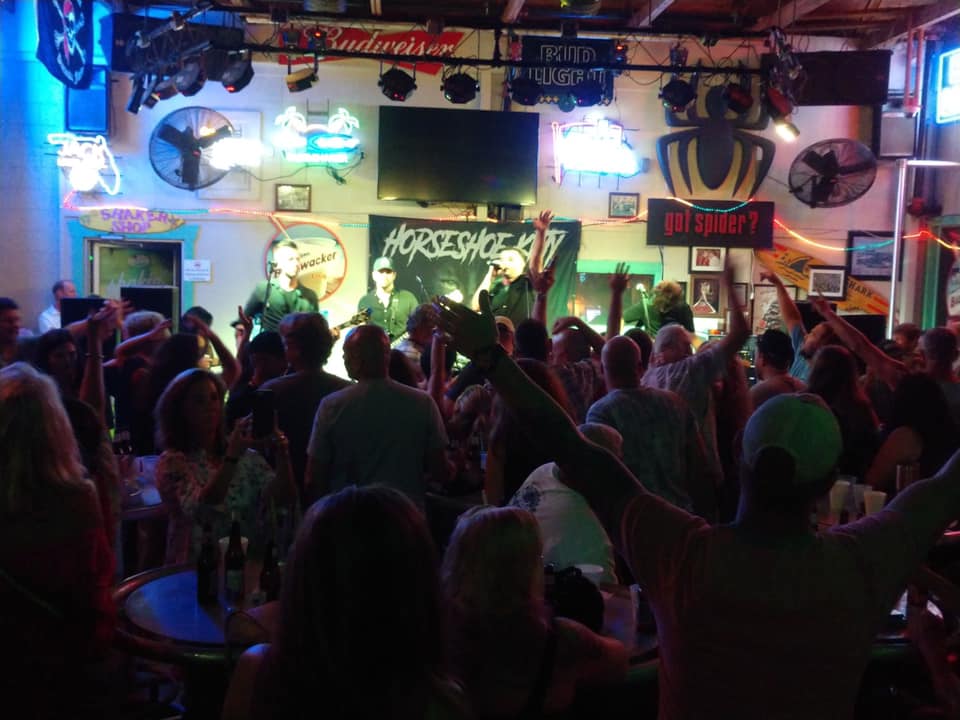 Horseshoe Kitty
The Ultimate 90’s Rock Cover band was formed in late 2016 to pay homage to the last golden decade of guitar driven rock: the 1990’s. The goal was to assemble an all-star super group of seasoned players to give the genre its proper due. Each member of Horseshoe Kitty has clocked thousands of hours in both the studio and stage and have performed all over the Gulf Coast region . Known for their ability to sound exactly like your favorite 90’s rock radio hits – Horseshoe Kitty specializes in replicating the studio recordings of the 90’s rock genre and beyond – bringing each hit back to life on stage in an authentic concert experience. Their attention to detail is the reason why many are already referring to them as the Area’s premier 90’s rock cover band. “We don’t just go on stage and act the part,” mentions lead vocalist and founding member, Buddy Sea . “We are huge fans of 90’s rock. That passion and unbridled energy comes through in every Horseshoe Kitty show. It’s 100% sincere and it’s who we are.” It’s no holds barred, as Horseshoe Kitty combines a heavy dose of 90’s rock with an energetic, over the top, arena style show that is guaranteed to keep you singing song after song, all night long. One band, one mission. To spread the love of 90’s rock to the masses!