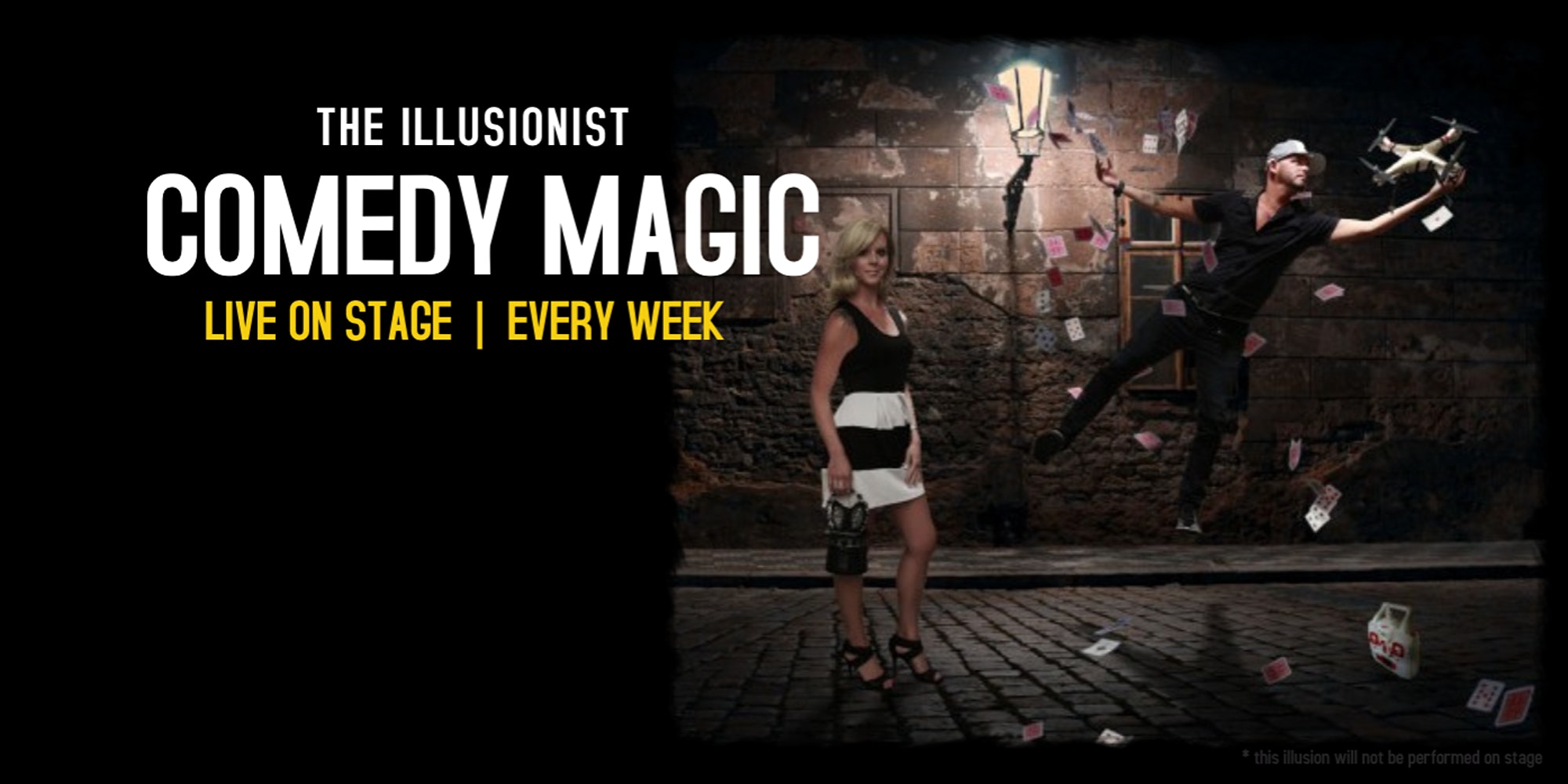 The Illusionist is LIVE ON STAGE @ The REX Theatre. A family friendly comedy magic show that kids love and adults love more!
A COMEDY MAGIC SHOW THAT KIDS LOVE & ADULTS LOVE MORE
You will experience the most mind-blowing, hilarious 75 minutes of your life. Tom Coverly will have you on the edge of your seat as you watch him borrow objects from the crowd to perform the impossible. Witness a signed quarter get slammed into a sealed soda can, minds seemingly read, sword through an audience members neck (funny we promise), two audience members disappear be for your eyes and much more. This show is full of audience participation. Tom’s off-the-cuff humor has hailed him by many as the “Ad-lib King”.
BIO
Tom Coverly is known as THE ILLUSIONIST. He is a professional comedian, magician and motivational speaker. Tom has performed for nearly 4 million people around the world headlining several tours. He is the most requested motivational entertainer in America. Tom has been seen on TV (NBC, CBS, ABC, FOX) and heard on numerous radio stations around the country sharing his story. He has entertained several celebrities, Jep & Jessica Robertson from the hit TV show, “Duck Dynasty”, the cast of C.S.I. NY, Rick The Reptile Guy (A&E TV Show “Wild Transport”), i-Shine (TBN), Amber Montana (Nickelodeon TV show “Haunted Hathaways”), Victoria Koloff (Lifetime TV show, “Preachers’ Daughters”) & the entire cast and producers for the “Batman Vs. Superman” Movie.
Tom has performed for major corporations like; Warner Brothers, Gerber, Amway, Sprint, Arby’s & Burger King just to name a few. He has shared the stage speaking with many of the worlds most recognized speakers and bands; Toby Mac, Newsboys, Casting Crowns, Skillet, Brian “Head” of Korn, Thompson Square, Chris Tomlin, Building 429, NF, Lacrae, SwitchFoot, For King & Country, Colton Dixon (American Idol), Disciple, Danny Gokey (American Idol), Mercy Me, Pop Evil, Reggie Dabbs, Nick Vujicic (Life Without Limbs), William Paul Young (NY Best Seller “The Shack”), Bob Lenz (Life Promotions), and many more!