Auditions – Dracula A Real Pain in the Neck 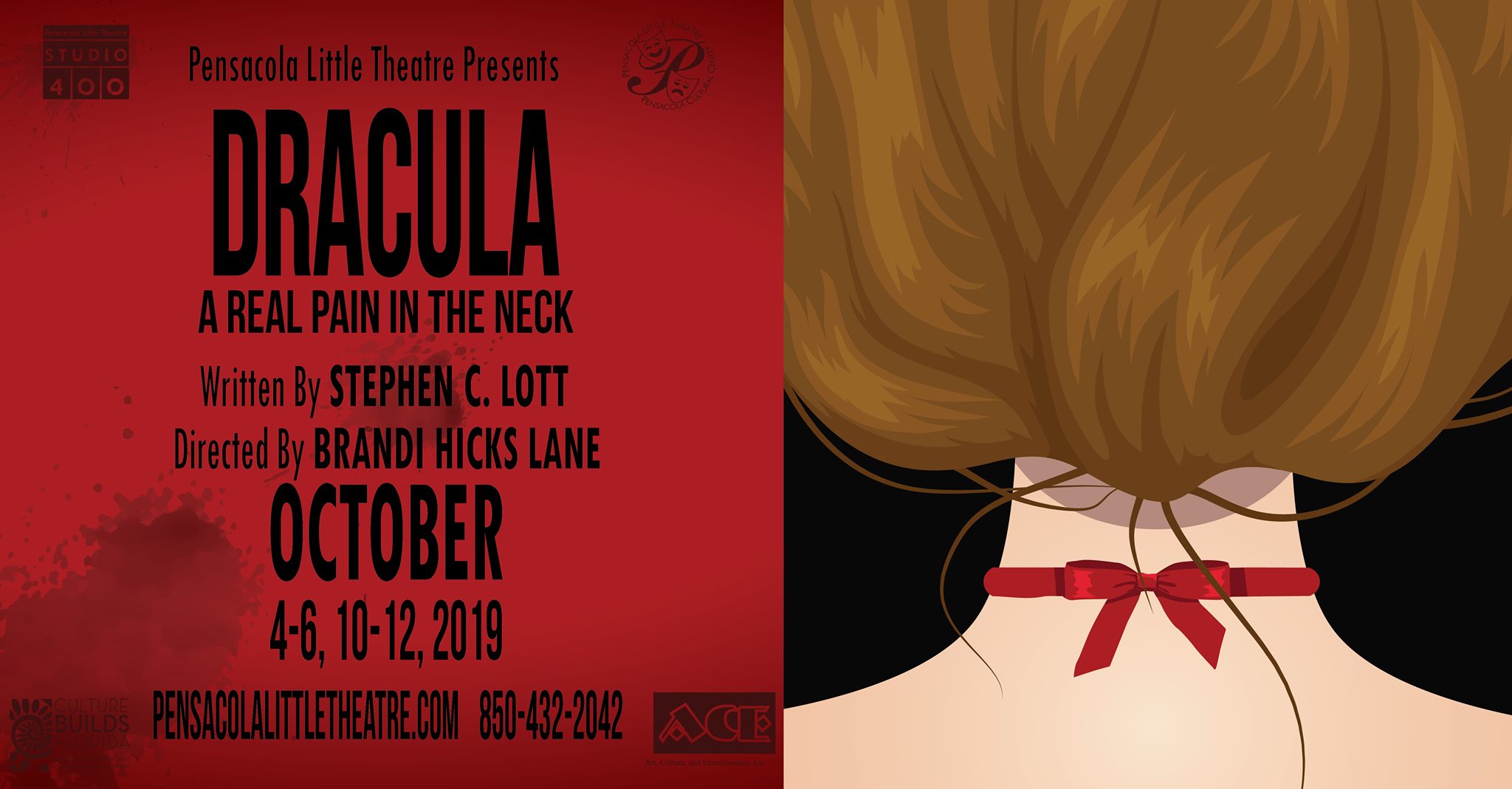 Directed by Brandi Lane and Written By Stephen Lott.

We all know the story of Dracula and the legends of the great vampires, but what if that is just what they wanted us to think? This original comedy thriller goes to the heart of the matter.
Dracula (A Real Pain in the Neck) is a comedic studio romp through the legend and fantasy of Dracula!

Renfield- Patient in an asylum. Must be able to switch between cockney and proper British.

All auditions are “cold-reads,” unless otherwise noted, so you do not need to prepare a monologue or memorize anything in advance. Perusal copies of upcoming plays are available to read at the PLT Business Office during regular business hours.